Prescription Mouthwash: What's In It And When Should You Ask Your Dentist For Some? 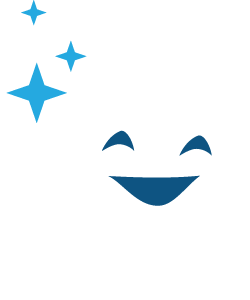 When you start focusing more seriously on dental care, there are a lot of things to keep in mind. From brushing your teeth carefully to identifying different challenges that could come your way, there are all kinds of things to keep in mind when it comes to your dental health. Fortunately, by doing what you can to identify problems and overcome issues, you can pave the way for healthier teeth and gums. For starters, you can start to improve your gum health by flossing regularly. You can also brush more carefully with a toothbrush, with special attention to cleaning your gum line. Check out these simple posts for tips and tricks for avoiding tooth decay.

Prescription Mouthwash: What's In It And When Should You Ask Your Dentist For Some?

While you can't rely solely on mouthwash to keep your teeth clean — brushing and flossing are vital for oral health — it's a good way to provide some extra protection against cavities and gum disease. Mouthwash kills disease-causing bacteria in your mouth, and it can kill bacteria in places that can't be reached by a toothbrush or dental floss.

What Does Prescription Mouthwash Contain?

Why Is Prescription Mouthwash Not Available Over the Counter?

When Should You Ask Your Dentist for Prescription Mouthwash?

Chlorhexidine gluconate mouthwash is most often used to treat gingivitis, so you should schedule an appointment and talk to your dentist if you notice any of the warning signs of gum disease. If your gums appear red and inflamed, if you have persistent bad breath or if your gums bleed frequently after brushing or flossing, you may be developing gingivitis.

If you have any of these symptoms, it's a good idea to have your gums checked by a dentist and receive a prescription for chlorhexidine mouthwash in order to kill the bacteria that are causing your gingivitis. Keeping your mouth free from bacteria gives your gums a chance to heal.

Chlorhexidine mouthwash is usually used for a period of two weeks since this limits the risk of brown stains forming on your teeth. After using your prescription mouthwash, your dentist will examine your gums to make sure that your gingivitis has been treated successfully. Gingivitis can eventually progress to periodontitis, which is a more serious form of gum disease that can cause tooth loss. If you have signs of gum disease, schedule an appointment with a dentist as soon as possible so you can begin treatment.